A special lecture on Suitable governmental system in Pakistan 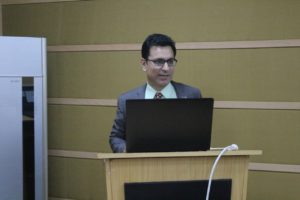 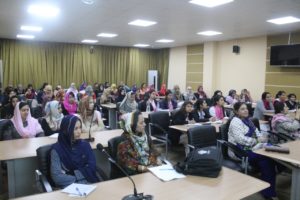 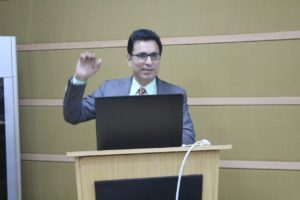 Dr. Azam was divided his whole presentation into various parts regarding democracy. He started from Democracy as a form of government. He engaged the audience with his topic. The students were actively participated in the discussion and answered the democracy is the best form of government except one student, who said that the Martial Law or authoritarianism is the best form of government for Pakistan. The guest speaker was very happy on the active Participation of the students.
There were also some questions included in the presentation, these were; COAS is ruling or civilian is taking all government dictatorially. Is military rule is authoritarianism, due to military country face setback and economically weak. Is a free person more successful or the one who is dictated? Which of the countries are more developed. Which country won the cold war? Our country (Pakistan) is democratic or authoritarianism?
In which he argued that our country is authoritarianism, because our people are socially or democratically bound and dependent on others. So we are not free from domestic level. Our thinking level is bound. 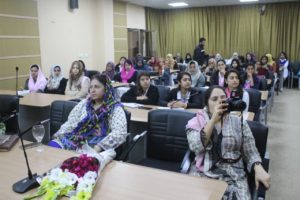 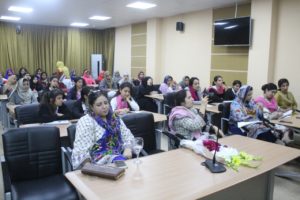 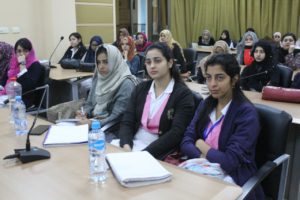 Then he clearly describe the concept of Divine theory of King and related to this concept with self-rule. After this he clearly describe the self-rule, in which he promoted to the students, to emphasize on the equality of man and understand the real worth of other person, no matter, in which status he is living.
Due to the shortage of time, he concluded the lecture on equality in society. He said, the law enforce in the society for the betterment and for peaceful society. A real democratic person is, who consider himself equal to other person not to humiliate others. Even he said, parents and teachers should not insult to the students.
A person who gives respect to other person is a real democratic and peaceful person of society. Then the lecture was ended with helpful knowledge.